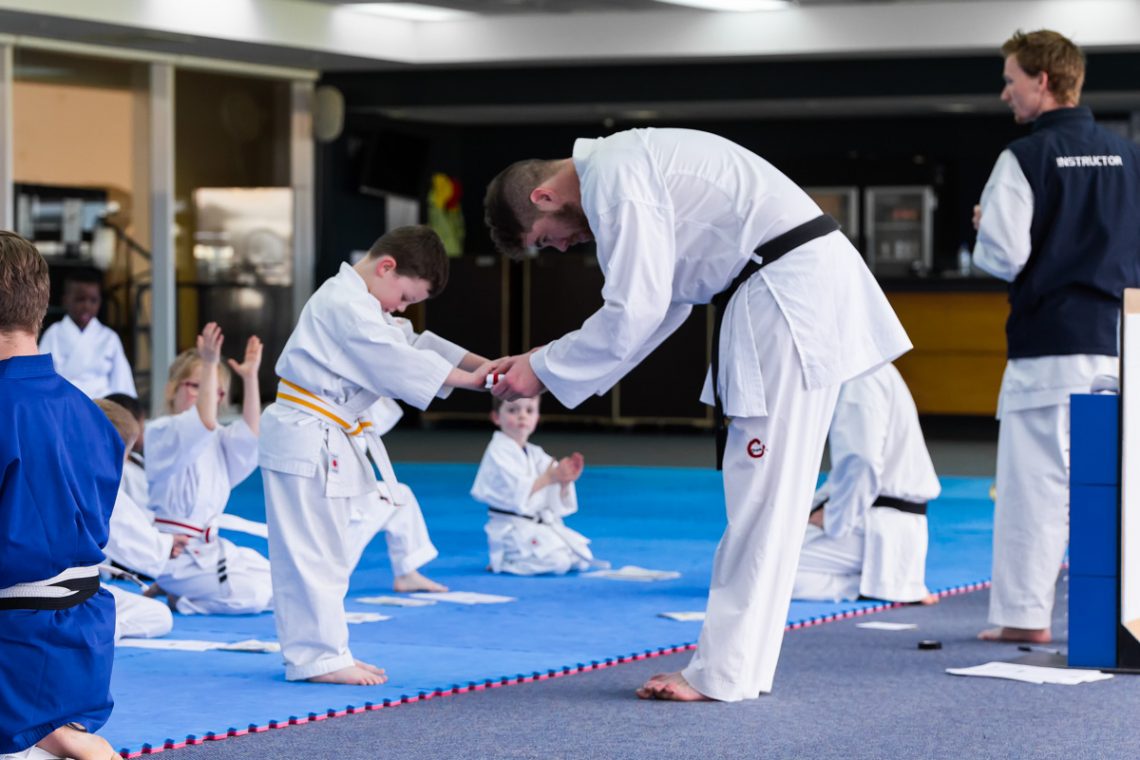 Respect is the key value of martial arts

In martial arts respect is considered as one of the core values. From the very first day of our lesson, we focus on children mentality and teach them how to respect your parents, coaches, and teachers. During our training journey, the strength, courage, respect and positive attitude is taught to the children which is helpful throughout their lives. We believe that respect is the key element in the martial arts. Martial arts trainers focus on this value constantly, inspiring students to carry it with them. Self-respect and respect others are the basic qualities which can go along with kids throughout their lives. Martial arts is found to be a tool that can help the parents to teach their children life skills, self-respect and respects for others.

The respect which develops in the students for their masters, trainers, fellow students, and their own skills is expected, shared and applied to their interpersonal interactions at home, college, and in the society.The practice of demonstrating and gaining respect for others causes most learners of martial arts to become better citizens, good leaders, and in general good human beings.

How martial arts is an effective way and children learn respect from? Here we are going to elaborate it for you.

Bowing in Martial arts is the sign of respect for their trainers and training partners. Bowing is the sign of deep respect which shows the willingness to focus on training.

It demonstrates consideration for space and the atmosphere they enter. It also means and recognises respect for the trainer’s understanding, abilities, and rank. It demonstrates you respect the capacities of the other person irrespective of skill and experience. In martial arts, this is very essential. Contrary to collective belief, martial arts do not foster a combat culture.The bow is an important sign of Martial artists mutual respect.

Humility is a component of regard. Not every game win. Losing and failure in Martial arts is as essential as winning in personal development. The reality is, there is always someone with higher abilities who can defeat you. Whether you win or lose the game, it’s essential to be humble and honor your opponents.This is readily learned by children during martial arts practice. In their win, they learn to be humble and respect the abilities of their opponent despite winning or losing.Martial arts develop beneficial conduct in and out of practice by teaching kids the most fundamental values such as respect.